A Son of Bomi Roosevelt Tulay says he is strongly against the impeachment of Senator Edwin Snowe by Charles Brown and others.

Speaking to reporters, Tulay indicated that the impeachment proceedings from Charles Brown and his Colleagues lack necessary while stressing that every impeachment is legislated by lawmakers of the Country.

Roosevelt Tulay says that he does not in any way support the MOU but wants citizens of the county to desist from tarnishing the reputation of lawmakers of the County.

He noted that at the time the MOU document was signed no lawmakers of the county signed on it but government actors responsible for such investment in the region and country as a whole.

Tulay asserted he is vehemently opposing the impeachment saga, noting that it’s baseless and is intended to divert the attention of citizens on the real issues of western cluster operations in the county, emphasizing that the organization of the impeachment process should be thinking about renegotiating the said deal.

But responding to Roosevelt Tulay’s assertion, Charles Brown said Tulay is a glory seeker and wants a favor from the senator while alleging that the Bomi Senator is sorting after his life.

Charles Brown who is the lead campaigner of Senator Snowe’s Impeachment said the intent of their plan action is the result of the senator’s involvement in the western cluster deal while alleging that he single-handily benefited from the scholarships and other opportunities in the deal at the detriment of the Citizens. 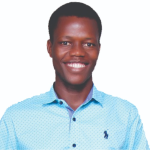